As part of my ongoing research I record and modulate activity from individual nerve cells in the brain of awake human beings. I conducted this research as a postdoctoral research fellow in Prof. Christof Koch’s lab at the California Institute of Technology in collaboration with Prof. Itzhak Fried at the UCLA Medical Center, Los Angeles and most recently in Prof. Florian Mormann’s lab at the University of Bonn in Germany.

For diagnostic purposes patients suffering from intractable epilepsy are routinely implanted with clinical deep brain recording electrodes. Adding research micro-electrodes to such a setup can provide the rare opportunity to record single neuron responses in awake behaving human subjects. However, trial numbers and the signal-to-noise ratio in such datasets are inherently low due to clinical circumstance. I therefore developed a new algorithm to significantly increase the sensitivity and specificity in the analysis of peristimulus time histogram based data.

The newly developed algorithm was applied together with other advanced analysis methods to investigate single neuron correlates of observational decision making in humans. In this research project subjects were asked to play a card game in which they could optimize their winnings by observing their own and other players’ decisions and outcomes.

To move from correlative findings such as these to a direct causal investigation of human neuronal activity, I additionally developed chronic microstimulation protocols in humans. Microstimulation allows for precisely targeted modulation of neuronal activity; however, due to increased risk it is rarely applied in human research. We developed new protocols and hardware for safe microstimulation in humans and applied these in a memory encoding and retrieval paradigm. Through the development of new methods such as these, and their application in various cognitive research paradigms, human intracranial electrophysiology can provide rare insight into the activity of single neurons in awake and behaving humans. 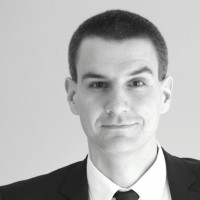